8 Things You Need To Know About Picasso ‘s Guernica

We all know a little about Dostoyevsky’s life. It is inevitable for anyone who reads his books to be interested in the experiences of a man who makes psychological analysis so deep, so successful. It is easy to find general information about the life of this great writer. In this article, we will tell the “Dostoevsky and the Interesting Story of the Gambler” with an anecdote from Dostoyevsky’s life.

Dostoevsky had fallen into a huge debt trap, along with many problems. The debt was too much. It was almost impossible for Dostoevsky to pay this financial debt by normal means.

Dostoevsky and The Gambler

Dostoyevsky could not continue his success after his first novel, Poor Folk. In fact, the tributes received by this first novel made him even more cocky and arrogant than he was. This great writer had nothing to do but to struggle desperately and to complain about his situation.

Epilepsy, being arrested and sentenced to death due to the riot, being pardoned by the tsar while he was in front of the firing squad… These are some of the difficult situations Dostoyevsky went through in his life. Her Siberian exile sentence and rowing conviction had completely worn out her already weak body. Her eyes were not seeing as well as before, epileptic seizures became frequent.

Dostoevsky and the Interesting Story of The Gambler 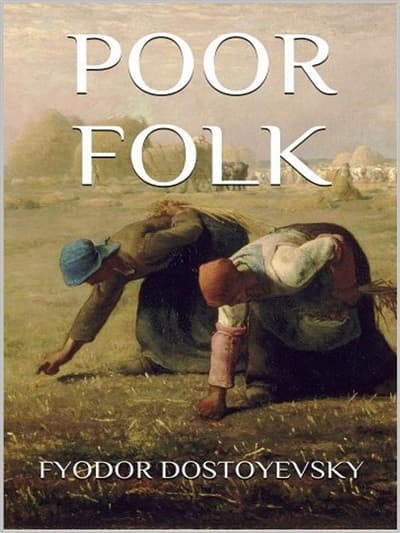 Poor Folk, sometimes translated as Poor People, is the first novel by Fyodor Dostoyevsky, written over the span of nine months between 1844 and 1845.

A cunning publisher, Stellovsky, came to the rescue of Dostoyevsky.

Stellovsky pledged to pay all debts belonging to Dostoevsky. He would also give Dostoyevsky enough money for two years.

This cunning publisher was one of the early discoverers of the huge talent found in Dostoevsky. In return, Stellovsky asked him to write a novella (a short novel or long short story) to be published in his publishing house and submit it to him within two years.

The crucial point is that if Dostoevsky delayed the delivery of this novel by even one day, the rights to all the novels he wrote and would write would be transferred to Stellovsky. What do you think Dostoevsky did?

Dostoevsky and The Gambler

Of course, he signed this agreement without hesitation for a single moment.

Stellovski settled all of Dostoevsky’s debts and was put on hold. Dostoevsky had a comfortable period when he got rid of his debts, albeit for a short time.

If you were in a similar situation, what would you do?

You would get to work immediately and regularly write certain pieces each month, complete the novella you promised, and save Stelloski all the money you would earn in the past and in the future. At least you would make an effort.

What did Dostoevsky do to get all his past and future back from this man who paid all his debts?

He was a reckless personality. The eyes of this man, who had giant tides and epilepsy, did not see the same as before, besides everything else, this made it difficult to write the novella he promised. In those days, a new habit or a new fashion emerged in Russia:

Novel writers dictated their novels and went to print.

A friend of Dostoyevsky gave the author, who spent 23 months empty, the idea that he could take advantage of this to speed up.

The famous French writer Stendhal wrote The Charterhouse of Parma in this way. At that time, the influence of French literature on Russia was undeniably high.

Although this idea did not come to Dostoevsky’s mind, he had to accept it.

There was also a school in Russia where young women were trained in shorthand. One of the most talented students of this school was a woman of Swedish origin.

The Gambler, 1866 by Fyodor Dostoevsky

Recommended for you – The life of Franz Kafka

Snitkina came to Dostoyevsky to write down his dictation. As you can imagine, this grumpy man did not know exactly how he would deal with this young woman and how he would treat her. He thinks she is a radical or a feminist in the corners of his mind and managed to hate him without even knowing her. This moodiness continued for a while.

This was quite common for those around Dostoevsky.

Anna Grigoryevna Snitkina | Dostoevsky and the Interesting Story of The Gambler

Then the big day came and Dostoevsky began dictating his novel. Although it was difficult, he managed to finish the novel just in time. Now he had another problem, he had to hand over his finished novel to Stellovsky.

Stellovsky was not naive, he closely followed Dostoyevsky, who had been doing nothing for 23 months, and by the time the last day did not want to miss all of Dostoyevsky’s past and future. Stellovsky had already closed his office when Dostoyevsky left for Stellovsky’s office to hand over the novella.

Unable to find Stellovsky in his office, Dostoevsky went to the police station, which was a notary in Russia at the time, and confirmed that he completed the book on time.

This event would finally have an inevitable end in the Russian tradition.

Dostoevsky and all his friends met at a celebratory dinner. Stenographer Anna Grigorievna Snitkina was also invited to the feast night where good food and plenty of vodkas were dominant.

Later that night, Dostoevsky approached Anna and began talking to him in a troubled manner.

“Anna, I want to write a novel and I need your advice. A grumpy, miserable, unpopular man, a character who was imprisoned and escaped execution at the last minute. He makes people hostile to himself. He falls in love with a young woman. Do you think this man would be realistic if he proposed to this young beautiful woman? “

Anna Grigorievna Snitkina: “What could this elderly, sick, debt-ridden man give a young, alive, exuberant girl? Wouldn’t her love for him involve a terrible sacrifice on her part? And afterward, wouldn’t she bitterly regret uniting her life with his? And in general, would it be possible for a young girl so different in age and personality to fall in love with my artist? Wouldn’t that be psychologically false?

“But why would it be impossible? For if, as you say, your Anya isn’t merely an empty flirt and has a kind, responsive heart, why couldn’t she fall in love with your artist? What if he is poor and sick? Where’s the sacrifice on her part, anyway? If she really loves him, she’ll be happy, too, and she’ll never have to regret anything!”

I spoke with some heat. Fyodor Mikhailovich looked at me in excitement. “And you seriously believe she could love him genuinely, and for the rest of her life?”

He fell silent as if hesitating. “Put yourself in her place for a moment,” he said in a trembling voice. “Imagine that this artist — is me; that I have confessed my love to you and asked you to be my wife. Tell me, what would you answer?”

His face revealed such deep embarrassment, such inner torment, that I understood at long last that this was not a conversation about literature; that if I gave him an evasive answer I would deal a deathblow to his self-esteem and pride. I looked at his troubled face, which had become so dear to me, and said, “I would answer that I love you and will love you all my life.”

I won’t try to convey the words full of tenderness and love that he said to me then; they are sacred to me. I was stunned, almost crushed by the immensity of my happiness and for a long time, I couldn’t believe it.

Dostoyevsky made one of the best decisions of his life with this marriage proposal.