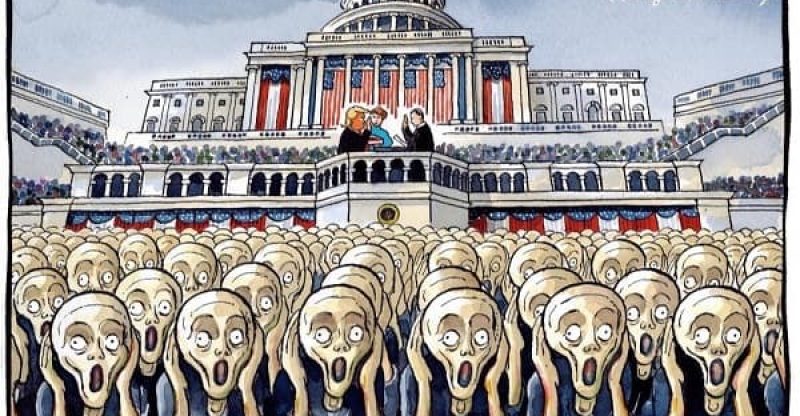 If you were to make a list of the best-known paintings of all time, which works would you rank first? Undoubtedly, most of us would write Leonardo da Vinci’s Monalisa in the first place. In second place would probably be Edvard Munch‘s painting ‘The Scream‘. We’re talking about that interesting figure, in orange and blue hues, with its skull-like head between both hands and its oval-shaped mouth open. Even if you don’t know the name, you remember the painting now, right?

Edvard Munch, who is known for expressing emotions very well in his works, used many different themes and colors in his painting “The Scream”.

Often inspired by his Scandinavian origins and self-tormenting soul. In fact, his most famous work, ‘The Scream’ shows a “tormented cry translated into waves of color that resonate across the landscape”

Now, let’s take a look at some lesser-known facts about Munch’s emotional artwork ‘The Scream’.

8 Amazing Facts About The Scream by Edvard Munch 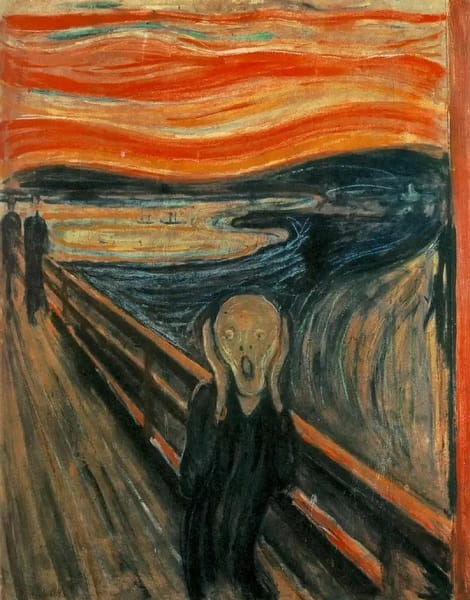 The Scream, 1893 by Edvard Munch | 8 Things You Need To Know About Munch‘s The Scream

1- Who is the figure in the painting?

Art historians have noted that a significant similarity of the figure in the painting to the Peruvian Mummy which was then displayed at the World Fair in Paris in 1889.

It is thought that Munch’s main aim was to showcase internal emotions through an external form and he wanted to provide this image for a universal human experience.

2-When and where was the scream painted?

Ever since ‘The Scream’ first appeared, scholars have tried to determine exactly when and where this painting was depicted.

There have been a lot of various assumptions about when and where this painting was made.

Due to unnaturally harsh colors, one of them depicts volcanic dust from the Krakatoa volcanic eruption that occurred in Indonesia. This assumption was made because of how vibrant the color of the sky became when this eruption took place, and for several months this gorgeous sunset color formed everywhere. 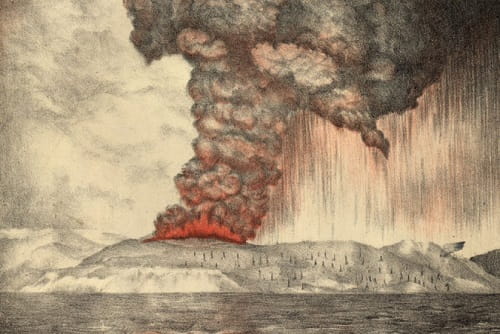 A representative drawing of the eruption of the Krakatoa volcano of the same name, on the Indonesian island of Krakatoa, in 1883. (More than 36,000 people lost their lives and the world climate was affected for a long time by this explosion.) | The lesser-known facts about Munch’s full of emotions piece of art, ‘The Scream’

Edvard Munch was creating works using suffering, which was perhaps the subject he knew best. In 1893, he started working on his best-known work, The Scream.

A few years ago, he wrote in his diary what he had in mind from a walk-in Kristiania:

“I was walking along the road with two friends – the sun was setting – suddenly the sky turned blood red – I paused, feeling exhausted, and leaned on the fence – there was blood and tongues of fire above the blue-black fjord and the city – my friends walked on, and I stood there trembling with anxiety – and I sensed an infinite scream passing through nature.”

3- Did you know The Scream painting was stolen twice?

It was first stolen in 1994 when thieves broke into the National Gallery in Oslo through a window and flee with the painting. Luckily it was found within 3 months and returned to the gallery.

Recommended for you- The 10 Best Art Museums in the World

Ten years after the first theft, armed thieves broke into the Munch Museum, in 2004, and stole a different version of Munch. However, they also stole Munch’s Madonna. Both were missing for 2 years and people began to think they were damaged or destroyed. 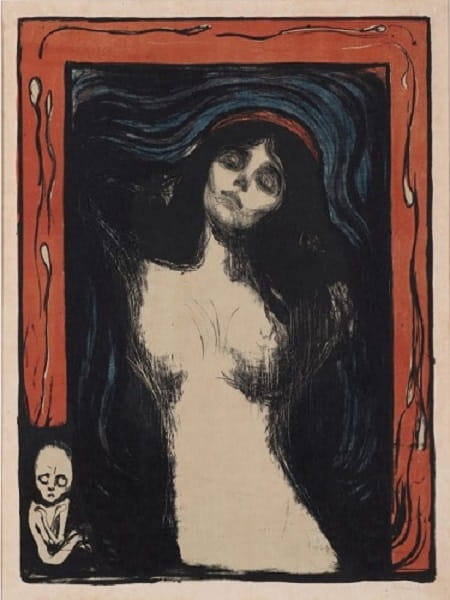 After it was returned to the museum, the conservation process didn’t make scholars very happy.

4- An Experimental Study: The Scream

This painting is considered to be Munch’s semi-autobiography and he painted it not one, not 2, but 4 forms!

These 4 forms were oil, tempera, pastels on cardboard, and another tempera painting from this series. He also created a lithographic version in 1895.

The fact that he made 4 different versions of the painting reveals Edvard Munch’s ability to experiment with existing possibilities.

5- The figure in the painting is not actually screaming!

The figure in the painting is not screaming, on the contrary, it is trying to block the screams around it.

The scream took shape as text before it became a painting. In 1892, Munch visually translated the experience.

Interestingly, when he sold one of the pastel versions of The Scream, he added a short version of the prose poem to the front of the frame.

The lithographic version of The Scream was published with a short German excerpt from the poem. However, this excerpt has often been cut and is currently missing in numerous paintings.

In 1928, Munch published the full text of The Scream in a pamphlet on his lifelong project, The Frieze of Life. In addition, there are eight other versions of Munch in his unpublished notes and diaries. Therefore, we can assume that the text engages Edvard Munch as much as the painting. 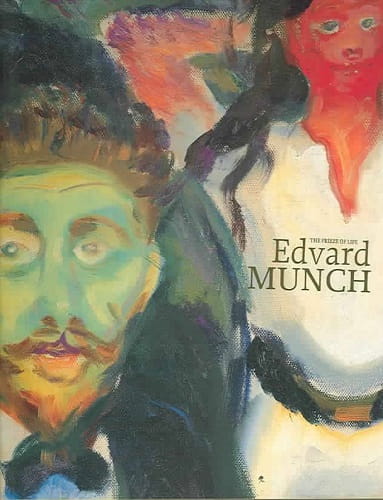 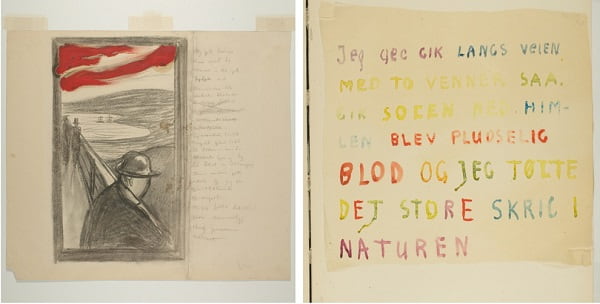 From Edvard Munch’s sketchbooks: Left: Despair, with a version of The Scream text. Coal, oil, 1892 (probable). Right: Handwritten text. “I was walking along the road with two friends”. Watercolor, circa 1930. (Photo by Munchmuseet) | | 8 Things You Need To Know About Munch‘s The Scream.

Munch wrote at the bottom of the piece in German, “I sensed an infinite scream passing through nature.” he wrote. Therefore, the original title of the painting was supposed to be “The Scream of Nature”. But it was called ‘The Scream’.

6- The Scream needs to be cared for. The scream is protected by scientific studies while it is exhibited in the museum!

As with all painted, drawn, or printed works, The Scream contains relatively unstable materials that may sooner or later be adversely affected if not kept in the dark and in climate-controlled storage.

This is a contradictory situation for museums. On the one hand, they must display and share Munch’s most iconic works of art, and on the other hand, they must preserve them for future generations. 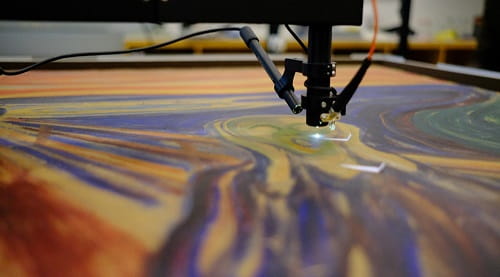 Munch Museet, Oslo-Norway | 8 Things You Need To Know About Munch‘s The Scream.

Based on meticulous scientific research on the material properties of all versions of The Scream by the Munch Museum, a precisely balanced rotation system has been developed that ensures that no version is overexposed or damaged.

The powerful expression of this painting has now entered our daily lives as an emoji. 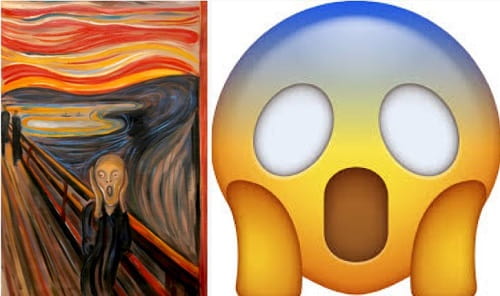 The emoji of The Scream, which we often use in daily life. | 8 Amazing Facts About The Scream by Edvard Munch.

It is one of the handfuls of paintings that have been turned into emojis. 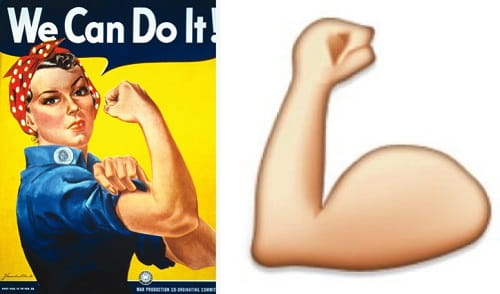 Drawn by J. Howard Miller for propaganda purposes during the Second World War, We Can Do It! The poster symbolizes the strength of unity and the victory of perseverance. This power symbol, which has been used for seventy years, is also one of the frequently used emojis. | The Scream by Edvard Munch Analysis

The Scream has become an icon over time and has also turned into a ‘meme’.

It has always fascinated and continues to fascinate people. It also greatly influenced the visual culture of the West, especially!

It has been used in pop art by world-famous pop artists such as Andy Warhol and has also been a feature in Manga.

British artist Peter Brookes even used this work as an image and published a drawing based on it in The Times in 2017. 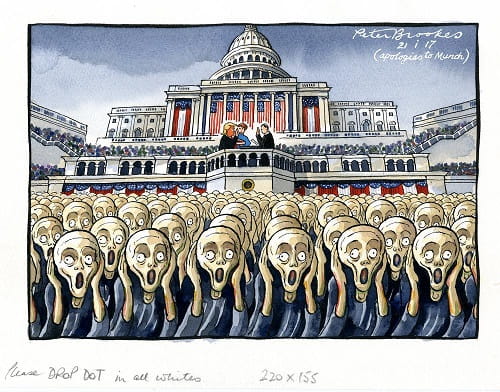 Cartoon of Peter Brookes, published in The Times on January 21, 2017. | 8 Things You Need To Know About Munch‘s The Scream. 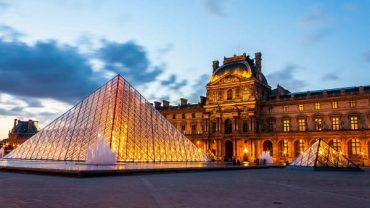