Dostoevsky and The Interesting Story of The Gambler

During his entire life as a painter, he was able to sell one painting. And in the end, he died by suicide.

But today, all the critics praise him enormously.

It is also difficult to reconcile this desperate man with his enthusiastic creations. He has a painfully short art life, in fact, only eight years, and Vincent van Gogh made a great revolution in art with his works in those eight years.

Its colors seem to bounce off the canvases into the real world. Bright blues, incandescent greens, and of course sparkling yellows. Van Gogh’s art can leave you astonished without a break.

Vincent Willem van Gogh was the eldest of the surviving children of Theodorus van Gogh and his wife Anna Cornelia. Theodorus van Gogh was a pastor of the Dutch Reformed Church. Among the other five children, Vincent was most close to his brother Theo. In fact, he showed interest in art at a young age, but he was not painting, he was selling. 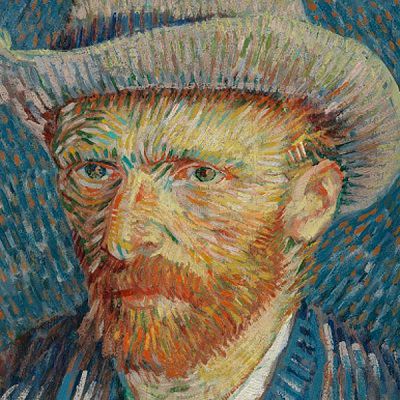 At the age of fifteen, he took a job in a branch run by one of his uncles, under the auspices of, Goupil and Cie whos were a broker.

In 1873, his employers sent him to the London branch, but he was soon influenced by the current of evangelism (In Christianity, evangelism is the commitment to or act of publicly preaching (ministry) the Gospel with the intention to share the message and teachings of Jesus Christ.) that affected England at that time, and he was transferred to Paris.

He began to preach to customers in Paris instead of selling artworks to customers. As you can see, Van Gogh was once a missionary. He was fired from his job in 1876.

Van Gogh received this unfortunate incident enthusiastically and returned to England again, rather than regretting this dismissal. However, when he visited his home for Christmas, his parents insisted that he stay in the Netherlands and attend the school of theology. When he learned that he had to learn Latin and Greek for the entrance examination, Vincent rebelled.

How did learning dead languages help the poor? His parents enrolled him in an evangelical academy. After attending here for a few months, the school management decided that Van Gogh’s temperament was not suitable for missionary work. But Van Gogh insisted on being a missionary. He lived eating leftovers and wearing rags with poor miners he preached in a coal mine and would starve to death had it not been for the little money Theo sent.

He did not realize it much, but in the two years he spent with the miners, Van Gogh’s passion actually changed direction.

He no longer liked organized religion, which did little to help the poorest of the poor. He could not stop himself from painting anymore. It was as if some secret force was forcing him to paint. He spent hours copying Theo’s prints. In 1880, at the age of twenty-seven, he chose not to devote his life to religion and to art.

But Vincent was still the same person, not recognizing rules, not liking traditionalism. His brief education at the Academy of Arts ended in failure. He returned to his parents ‘ house in the country, where he startled his family and those around him with his shoddy appearance and strange behavior.

Although it is difficult to reconcile Van Gogh‘s early works with his later living masterpieces, he proved his maturity in painting during this period.

Recommended For You: 15 Most Famous Paintings by Vincent Van Gogh.

In his early period, he often selected the most oppressed of the villagers to paint and deliberately used dull colors. Browns, grays, greens, and blacks.

His restless soul finally got tired of this rural life and with a sudden decision, he got on a train to Paris in March 1886. After arriving in Paris, he went to an Impressionist exhibition and the colors used in this art movement amazed him.

The sheen and purity of the colors used were unlike anything she had seen before. Before long his colors began to shine. Young painters such as George Seurat and Paul Gauguin had an effect on him as well as older impressionists in this change.

Road to the South

The bohemian lifestyle of Vincent van Gogh in Paris was boring. A large amount of cognac he drank and the countless long nights at the Moulin Rouge wore him down.

He had to get away from the city a little and regain his health. In one of his sudden inspirations, he envisioned a “The Studio of South” in southern France where like-minded painters could work without the pressures of the capital. He chose the small town of Arles as the venue for a reason that no one knew of.

He did not understand very well the dialect spoken in this provincial town he went to and barely got along with his neighbors. This small town made this lonely and grumpy man quite strange. There was nothing Vincent could do but paint.

This town became the place where he created his own style. In fifteen months, Vincent van Gogh completed two hundred works. He was now painting in an instantly distinguishable, mature style, where he defined pure pigments applied with thick brushstrokes.

Still keeping his dream of the studio of south alive, Van Gogh insisted on Gauguin to come to visit him. Gauguin, on the other hand, saw painting as a secondary profession and described his main profession as a stockbroker.

In addition, Gauguin’s understanding of painting moved away from the idea of portraying nature as it is and began to lean towards the idea of using imagination. In fact, he was not too interested in Vincent’s community of artists, but he traveled to Arles in hopes of strengthening his relationship with Van Gogh’s brother Theo, an art dealer. 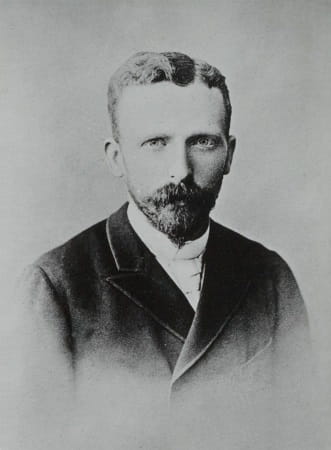 Why did Vincent van Gogh cut off his ear?

There was actually a student-teacher relationship between Gauguin and Van Gogh. Van Gogh was always chasing Gaugin, he cared a lot about his art. But somehow Van Gogh’s strange face emerged, and there was heavy debate about his inspiration.

As expected, Van Gogh saw nature as a source of inspiration, while Gauguin argued that this source was imagination. Gauguin could not stand the tides that Van Gogh lived in, and this small town, and returned to Paris with a sudden decision.

What happened the night before Gauguin returned to Paris was really interesting.

After the controversy between Gauguin and Van Gogh, Van Gogh threatens Gauguin with a razor and then cuts off his own earlobe – not the whole ear as it is a legend – and takes the path of the brothel to gift this part of his ear to his favorite prostitute.

The next morning, the police follow the blood trails to Van Gogh’s house and find him in an ecstatic state. Gauguin informed Theo about the situation and got on a train to Paris that morning. This is the last meeting of the two painters.

Van Gogh is never the same again. Van Gogh, whose mental condition is also getting worse, stays in a mental hospital for a while. He was painting lilies and the night sky full of stars in the garden of the mental hospital. When his situation started to improve, he left southern France in May 1889.

Recommended For You: 10 Amazing Facts About The Starry Night by Vincent van Gogh

Theo settled his brother Vincent in a small town north of Paris. Vincent painted the surrounding scenery obsessively here. Especially the picture of wheat fields blazing in the summer sun. Many people these paintings, especially Wheatfield with Crows, are the culmination of this depression.

On July 27, 1890, the innkeeper found Van Gogh covered in blood in his room, but Van Gogh could not get the bullet to hit his heart, so his death took place in two days and was very painful.

In 1888, 1889, and 1890, his brother Theo exhibited his paintings in the Independence Hall, received minor praise, and managed to sell one. It was the first and only painting ever sold while he was alive.

Van Gogh Was Unlucky In Love

It is fair to say that Van Gogh did not see a happy day in his life. We can say that it has gotten much worse when it comes to women.

Her first love was the daughter of the landlady in London. Vincent gathered all his courage and found out that she was engaged to someone else when he was going to say love you to her.

His second love affair was aimed at recently widowed Kee Vos-Stricker. Van Gogh spent the summer of 1881 in Etten, living with his parents and Kee.

He fell in love with Kee, who was seven years older than him. He proposed, but the woman decisively refused him. Van Gogh followed him all the way to Amsterdam. One day his aunt and uncle did not allow him to see him, and Van Gogh, in an action expected from him, held his hand over a burning candle and said that he would hold it there until he let them see him.

Van Gogh was distracted by another love, this time the woman he fell in love with was an alcoholic, a prostitute, and pregnant. Van Gogh took her home, but when the woman returned to her former profession after giving birth, Van Gogh eventually left her as well.

Europe’s arrogant artists have not found Eastern art remarkable for centuries. Van Gogh is separated from his colleagues at this point.

Since the Ukiyo-e or woodblock prints reached Europe, perhaps Van Gogh was the most deeply affected by this. 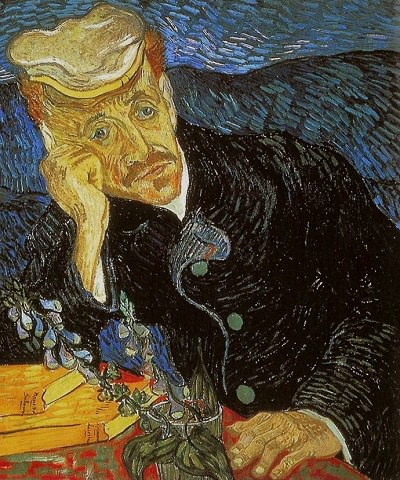 The Courtesan (after Eisen), 1885 by Vincent van Gogh

Recommended For You: 16 Facts About Café Terrace At Night By Vincent Van Gogh. 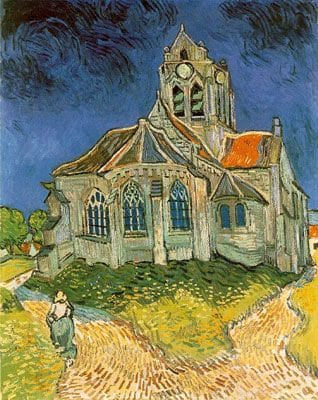 Fantastic examples of art! Would you like to meet Artificial Intelligence Artists?