15 Facts You Might Not Know About The Mona Lisa

16 Secrets of Cafe Terrace at Night by Vincent van Gogh 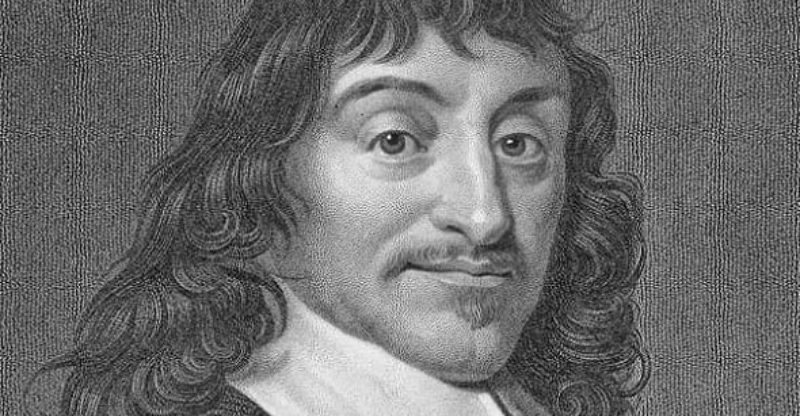 The developments in ancient Greece, especially in philosophy, the prominence of free and scientific thought, stopped in the Middle Ages, and bigotry took the place of mind. When the middle ages came to an end, there was someone who reborn the mind, science, and philosophy from their ashes, and that was Rene Descartes.

According to the French philosopher Rene Descartes, the philosopher’s task is to lay the foundations that will provide strong information.

The philosopher must doubt everything in the field of knowledge. It will test all its information and resources again as if it will start everything from the very beginning.

According to Descartes, the imprecise deceptive information provided by the senses; it is necessary to get rid of trite, beliefs, values, and all traditions that are accepted under the influence of the environment.

The philosopher has to find the truth alone.

But this system of thinking does not mean establishing a mindset that does not deal with the abstract world. The ultimate aim is to reveal information that will be useful to human beings. It is to lay down certain principles and ways to achieve this goal. Thus, in the fields of philosophy, natural sciences, and ethics, the foundations that will serve humanity and enable a happy life will be created.

Rene Descartes begins to work just like skeptical philosophers. He doubts everything we know, denies everything; he doubts whether even the beings outside us can be known.

Descartes aims to reach clear knowledge in philosophy, just as in mathematics. His suspicion is a tool aimed at obtaining reliable information.

Rene Descartes’ suspicion is a methodical tool. We can roughly call it ‘methodical doubt.’

Rene Descartes likens our knowledge to a basket of apples.

One should not bother with sorting out the rotten apples in the basket. The basket should be emptied completely and the apples that are not rotten from where they were emptied should be put back into the basket.

At first glance, we see objects with various features around us, and we believe that they exist. But when we examine the problem more closely, we see that it is our senses that introduce these objects to us.

We gain ideas and information about objects by seeing, hearing, touching, smelling, and tasting. However, it is a well-known fact that the senses do not always give us the correct information, and they cheat us from time to time. So the world outside of us is just as likely to be a deception as it is real.

The important question that arises in this situation is this. So what remains?

The exact knowledge that remains, and of which we cannot doubt, is this doubt itself. As long as we doubt, what we can no longer doubt is our suspicion itself.

Doubting is a way of thinking.

I think, therefore I am (Cogito ergo sum)

So we cannot doubt our thinking. That is, we must accept the existence of our thought as a certainty.

As we think, it becomes necessary for us to be thinking creatures. It is impossible for us to not exist even as we think. “I think, therefore I am.” We have reached the result.

Descartes starts from thoughts and consciousness, not from senses and experiments.

It aims to reveal the truth through reason. Hence, we refer to Descartes as a rationalist philosopher, not an empirical.

Proofs of God’s Existence according to Rene Descartes

Descartes must prove the existence of the outside world outside of his own consciousness. It takes advantage of God’s presence to reach this proof.

According to Descartes, there are innate ideas in human consciousness. The idea of the eternal and perfect god is one of these ideas.

Where did this most competent and most authentic idea of being come to us?

According to Descartes, it is not possible for us to acquire these ideas later through the senses and to acquire this idea alone since the person himself is not a competent and perfect being.

So it is God himself who put this idea in our soul.

Descartes has another attempt to prove the existence of a God known as the ontological argument.

We perceive God as the most perfect, most real being. If we consider that God does not exist, one feature would be missing from him. By not having that asset anymore, it is out of competence. Because in the competent, nothing should be missing, and existence must also be present. That is to say, we must consider the concept of “the most real and the most competent” being as a concept with existence. If we consider this concept as something that does not exist, a contradiction arises in the concept.

Since the idea that the most competent being does not exist creates a contradiction from the point of view of logic, it is imperative that there be God.

Key Concepts of the Philosophy of René Descartes

According to Descartes, there are two basic entities and two essences in nature. These are the principle and source of all beings.

The real essence is the god that is its cause, and God is the eternal essence. They are foundations created in two essences. One of the created essences are thought (soul, consciousness), the other is space-occupying (matter, body).

According to Rene Descartes, the universe is a universe that is divided into two. Idealism and materialism go hand in hand in his philosophy. It acknowledges that matter and the natural world are made up of mechanical causes and may vary.

However, how the two separate essences are in relation and affect each other remains a question mark in Descartes’s philosophy. This problem made the philosophers who followed him a lot of trouble.

If you’re wondering how Rene Descartes died, check out the content entitled How Philosophers Die?