6 Paintings of Modern Times You Need to Know

Jack London is one of the most famous writers of world literature. Undoubtedly, there are many writers in the world literature who live a tacky life and consoling themselves with alcohol, but it is quite appropriate to write Jack London at the top of this list. We present to you this article, in which we will examine the life and works of Jack London.

The life and works of Jack London

“I always wanted to drink when there was someone with me. I would drink alone when no one was around,” said Jack London.

In the world literary full of alcoholics, we should have no doubts about putting Jack London to the top of the list. The names that Jack London competed in the Alcoholic League; Imagine Edgar Allen Poe as Jack Kerouac, and if Jack London ranks first on this list, consider how addicted he is to alcohol.

Despite his alcohol addiction, Jack London brought great works into the world literature, such as “White Fang” and “Call of the Wild”.

Jack London started drinking at the age of five.

You did not hear wrong! Yes, you did not hear it wrong, Jack London started drinking at the age of five when his stepfather sent him to the pub to buy a bucket of beer. By the age of fourteen, he was drinking like big men. He drank up to a liter of whiskey a day at the time he drank the most, and these binges ended either by accident or by wandering.

During his time in Japan, he drank incessantly by the sea, and eventually, the Japanese police had to fire him. He must have thought he could breathe underwater when he was drunk; Jack London, who jumped into the sea as a result of a chase, drowned in Japanese police records, but somehow survived.

Jack London, one of the most famous writers of world literature; contributed to the alcoholic, melancholic writer’s romance.

Beneath his callous and rude appearance lay a thoughtful writer. He was a bookworm in addition to his scattered image, he had fifteen thousand books. His writing talent earned him fame and good money. This money provided him with a sailboat he was passionate about and plenty of travel opportunities.

How did Jack London die?

Although his adventurous lifestyle gave him the chance to stay fit, he also gave him various ailments and illnesses. These diseases slowly consumed him and led him to an untimely death.

London was born in misery and died in misery.

London has been accused of plagiarism many times. Although it was a common practice at that time, his use of pieces from real stories published in newspapers caused controversy. There was also the case of paying people for interesting story ideas.

It was rumored that Jack London plucked ideas from journalist Harris and American novelist Frank Norris. London responded the same to these charges every time. The victim said that he and the author benefited from the same source. This plea worked because London was never accused of plagiarism.

Jack London became the first American author to become a millionaire of his writings.

Despite this million-dollar financial situation, he was a socialist. This contradiction did not escape some careful consideration.

As a matter of fact, London’s radical stance was a bit of a show. As London finished his letters, he would sign “wishing revolution”. But it could not be said that he did much to make this wish come true. The author was a candidate for mayor of Oakland from the Social Democratic Party twice. (Social Democratic Party candidate for mayor of Oakland in 1901 and 1905.)

In the first, it received 245 votes in 1901. Four years later, he increased his vote to 981 in the election. He did not run again after this election.

Despite all his speeches about class struggle and economic justice, Jack London was a brutal racist, especially against the Asian peoples.

He went to Japan in 1904 to summarize the Russian-Japanese war for a newspaper.

During this journey, one of his colleagues said of the Japanese, “They may be brave, but if you look at them, the South American pigs that attack in herds are also brave.”

And for Koreans, he wrote, “complete futility, a real example of worthlessness.”

In 1904, in a nauseating article entitled “Yellow Peril”, he warned of the consequences of the brown Japanese and yellow Chinese unity one day and wrote the following.

This point of view was obviously incompatible with socialism. London was furious when Marx emphasized that “Workers of all lands unite” in his theory.

“I am first of all a white man, and only then a socialist.” 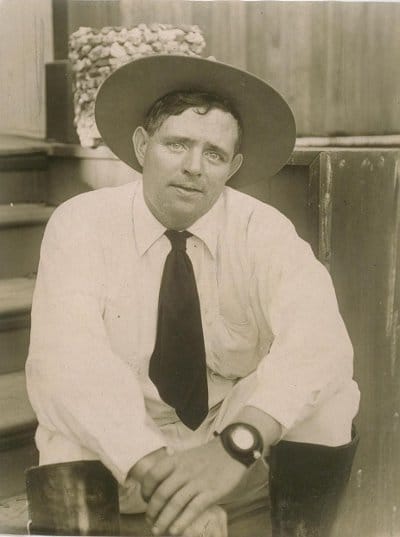 The life and works of Jack London

The Call of the Wild – Jack London