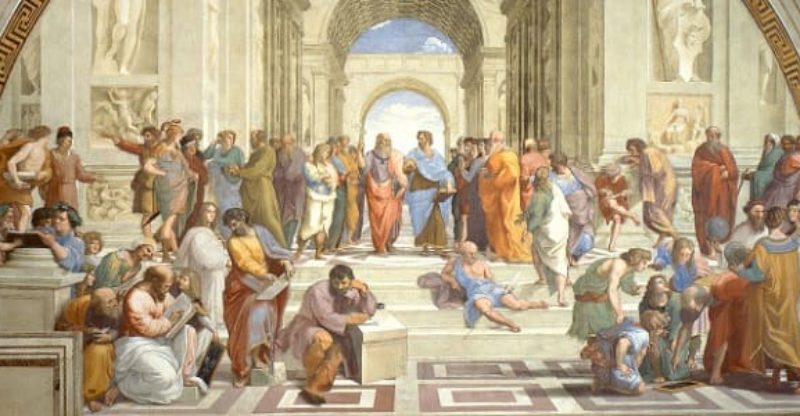 Italian Renaissance has given the world art history excellent painters and legendary works. There are many painters and works of the Renaissance that you need to know, but we have to make a selection and we have tried to choose the best known and most famous works of Renaissance art for you. We also gave brief information about Renaissance artists and their works. As always, our aim is to instill your curiosity about the Renaissance period and direct you to what you are curious about. We hope you will read our content, which we published under the title of ‘5 Of The Famous Masterpieces of The Renaissance‘, with pleasure.

The Famous Masterpieces of The Renaissance

The Birth of Venus, 1485 by Botticelli | 5 Of The Famous Masterpieces of The Renaissance

With the adjective phrase ‘little barrel‘, you probably think of the first meanings of the words and you imagine a small barrel. The little barrel is a nickname for those who are interested in art history, especially those interested in Renaissance art. It is the nickname of the Italian painter Botticelli.

The nickname Botticelli, meaning “little barrel”, derives from the nickname of Sandro’s brother, Giovanni’s, who was called Botticello apparently because of his round stature. A document of 1470 refers to Sandro as “Sandro Mariano Botticelli“, meaning that he had fully adopted the name.

He studied painting and geometry alongside Fra Lippo Lippi. Outstanding with his talent, Botticelli was advanced enough in his art to make frescoes for the Sistine Chapel in 1480.

Although religious, mythological, and allegorical elements were seen in his early works, Botticelli’s main desire was to always turn to beauty. Well known around him, his anxious temperament benefited him in his profession. He was distinguished from the artists of his period with the details of his works, with tall and serious human figures.

He proved that he has the talent to be among the unforgettable painters with his work called The Birth of Venus in 1485.

In the work, it was chosen to depict the moment when the goddess Venus was born from a seashell and enchanted her surroundings with her naked beauty. 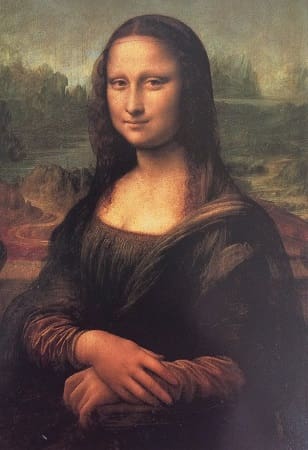 Mona Lisa, 1503-1506 by Leonardo da Vinci | 5 Of The Famous Masterpieces of The Renaissance

Surely, almost everyone alive has seen this painting once and is familiar with the face of the Mona Lisa. If we start counting the other mastership fields of the painter who did this, we guess that it would be pages. As you all know, this master genius is Leonardo da Vinci.

Leonardo da Vinci is said to have been taught by Verrocchio, although it is not certain. When he moved to Milan in 1482, he started working for Duke Sforza.

The artist has revealed the difference between other artists with his composition, embroidery technique, and fresco techniques. He was not satisfied with painting alone but also mastered areas such as sculpture, anatomy, and mathematics.

For many years he traveled Italy like a traveler. He painted for many kings and nobles.

His intelligence and his curiosity about almost everything made Leonardo da Vinci shape his life. Mona Lisa, which is estimated to have been built between 1503-1506, was appreciated by all walks of life. Mona Lisa, is she happy? Is he upset? It is still being discussed.

The portrait, which appears in a sitting position in the work, has been depicted with the ‘sfumato‘ technique, which means a smooth transition between colors and tones. It is known that Leonardo da Vinci used the sfumato technique for the first time.

Recommended for you- 6 Famous Paintings You Should Know

The School Of Athens, 1510 by Raffaello Sanzio | 5 Of The Famous Masterpieces of The Renaissance

Raffaello Sanzio, one of the three great Italian Renaissance art, received his primary education in his father’s workshop who is the painter of the Duchy of Urbino.

Raffaello Sanzio moved to Florence in 1504. He completed his Madonna and Child painting here.

Expressing his talent at a young age, Raphael’s reputation spread quickly and this brought him to Rome with the support of his patron Bramante and even made him meet the Pope. Raffaello was now a palace painter. Here he saw Michelangelo’s works and was impressed.

In the theological, philosophical, and lyrical paintings he subjected to his painting, calmness prevails in contrast to his own character.

It depicts the ancient Greek philosophers in the fresco The School of Athens, one of the greatest works of art history. At the center of the painting are Plato and Aristotle.

All the philosophers who had a good or bad influence in ancient Greece are depicted in this picture. Many philosophical views, from the world of ideas to absolute thought, are represented in the painting. Those who looked at this table also faced a surprise. Raffaello added himself to the painting.

Raffaello Sanzio | The School of Athens

Raffaello died at the age of 37 of a common cold.

The Creation of Adam, 1511 by Michelangelo | 5 Of The Famous Masterpieces of The Renaissance

One of the main actors of the Renaissance is Michelangelo. He took lessons from the Ghirlandaio Brothers in his early youth. He came to the fore with his talent in a very short time.

He proved his talent by making sculptures for the Florence King Lorenzo de Medici in 1490. And with the Statue of David (David of Michelangelo), he enchanted everyone.

He was only 27 years old when he made the statue of David. He worked with cadavers to get to know the human form better.

His desire to achieve an ideal human form made his depictions of people unique. The painter, who added the new with the breeze he brought from the classical period, had a great impact on the Renaissance. He showed that he is a different genius by adding his own style to the perspective phenomenon in leather. Michelangelo actually describes himself as a sculptor.

The Creation Of Adam tells the great separation in the creation myth and the story of God and Adam, who are only as close to each other as a fingertip but also fall apart. The scene depicts God blowing life into Adam in Christian terms. It refers to God’s creation of Adam from his own image.

Venus and Adonis, 1553 by Titian (Tiziano Vecellio) | 5 Of The Famous Masterpieces of The Renaissance

Tiziano is famous for his works depicting religious and mythological scenes.

Although Tiziano was interested in mosaic art in the early days, he focused on oil paintings when he entered the workshop of the Bellini Brothers. In 1510, he was hired as the chief painter of the Venice Republic, thanks to the great frescoes he made in Padova. He traveled frequently and made observations.

His works focused on historical scenes, mythology, and themes of love. Venus and Adonis, one of his most famous paintings; It is about Adonis leaving Venus. Venus is pictured trying to prevent Adonis from going with her dogs.

According to the legend, Venus’ naked body trying to stop the god Adonis, whom she fell in love with, is striking. Using a dog figure to symbolize loyalty in the painting, the painter also draws attention to an angel who sleeps right at the bottom of the tree and is unaware of this dramatic separation.