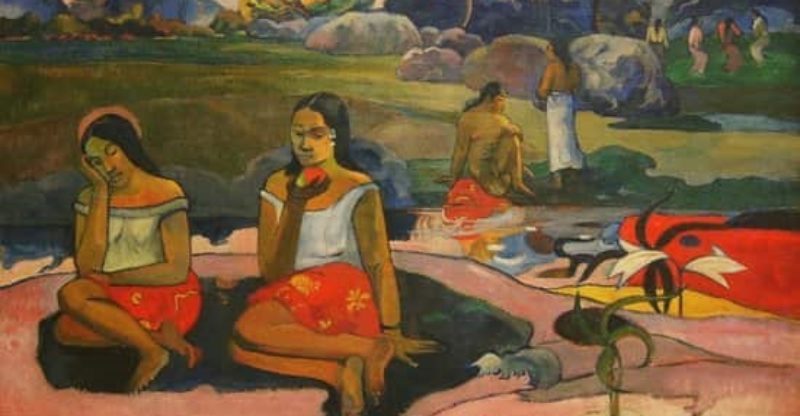 In the history of art, many works of art worth seeing have emerged, but the majority of art lovers have not been able to see these paintings on location. Although we do not have the opportunity to go to the museums and halls where these paintings are located, we think that we should know these works and have a small idea about them. For this reason, such a content titled “6 Of The Most Amazing Paintings” emerged, in which we briefly introduced six works of art and painters that we think you should see.

We hope you enjoy reading.

The Most Amazing Paintings

Impression Sunrise, 1872 by Claude Monet | 6 Of The Most Amazing Paintings

It is possible to say that Claude Monet, one of the most powerful names of impressionism, was heavily influenced by artists such as Jongkind and Boudin.

Monet, who previously worked in the studio, bought his canvas and went to nature. This is what distinguishes Claude Monet from the painters who came before him.

Claude Monet painted the world as perceived, not as seen.

With Pissaro, Renoir, and Sisley, whom he met as a young student in Paris, they had the opportunity to discuss the rules of art that were based on that time.

Monet has produced many works with different usage techniques in brush strokes. Between 1874 and 1886, he managed to open eight exhibitions. It has become a trademark for him to paint the figures he used for his painting at different times of the day.

The painter painted the Port of Le Havre in his famous painting Impression Sunrise. An indescribable orange sun gliding across the sky in the magnificent blue of the night leaves its mark on the waves.

In the painting he drew in an impressionistic atmosphere, the artist avoided exaggeration and avoided giving the objects a mystical atmosphere. The painter paints the port in its everyday natural state based on his own perception. There is nothing in the content of the work that is not actually in the port.

Bathers at Asnières, 1884 by Georges Seurat | 6 Of The Most Amazing Paintings

Georges Seurat, who was educated at the Fine Arts College, managed to be among the great painters due to the innovations he brought to the art of painting.

He was one of the founders of neo-impressionism based on the division of colors and optical mixing. His early works were influenced by Michel Eugène Cheverul’s color theory and classicism. However, in the following periods, he created his own color mixtures and brush technique.

Georges Seurat provided a multiple color transition in his works and aimed to depict vivid moments that evoke the feeling of looking at a photograph. Although he had a very unusual technique for his time and this technique was considered very strange, he managed to become a pioneer for the next generations.

Bathers at Asnières, completed in 1884, is painted with a balaye technique made using small brush strokes. Painter colors are among the first examples of contemporary color theory.

Depicting workers people swimming and resting in Asnieres, which has become the holiday center of the workers, which emerged with the development of industry, Seurat draws attention to the different tastes of the bourgeois and workers.

Norwegian expressionist painter Edvard Munch lived in Germany, Italy, and France at certain times after studying in Oslo. We can say that the painters he was most influenced by were Gauguin and Van Gogh. The influence of these painters on Munch was so great that Munch admitted that he had at least as sickly a logic as them.

This strangeness in his logic undoubtedly reflected in his works positively. Edvard Munch preferred to give his works a triangle between life, love, and death. He preferred to use lines and colors intertwined.

Although his early works were more pessimistic, happiness and hope replaced his pessimism in the paintings he made at the end of his life.

Edvard Munch’s The Scream painting, which is considered a masterpiece by many art lovers, attracts attention with the perfect expression of a scared, hopeless, and pessimistic human face.

In the painting, also known as the scream of nature, the painter is a beautiful narrative of the moment when the painter leaned against the banisters and heard the sound of nature during sunset.

Nave Nave Moe, 1894 by Paul Gauguin | 6 Of The Most Amazing Paintings

Although his first paintings were in an impressionist style, he managed to create a different vision after meeting Pissarro and he often produced works under the influence of symbolism. As a result of his examination of Japanese painting, the brightness, mixed colors, and special lines he discovered there were influential in Gauguin’s creation of his own style.

His influence on the Tahitian works, where he lived for a long time, seems very intense. Completed in 1894, Nave Nave Moe describes the simplest of two young girls from Tahiti in the middle of the day. The vibrant colors he uses and the naturalness of the painting are the biggest secrets of the painter’s success in this work. In the work made using a synthetic technique, two young girls from Tahiti feel like they were glued to the work afterward, far from the general composition of the painting.

The Kiss, 1908 by Gustav Klimt | 6 Of The Most Amazing Paintings

Gustav Klimt, who completed his education in vocational art school, previously worked as a decoration painter.

It is possible to say that he progressed in an avant-garde art line. As a style in his works, he generally adopted using female figures. Many of his works contain a subtle eroticism. These paintings also have a fine ornament. It is distinguished from all artists of the period and the past with its unique style.

He founded the Secession (Vienna Sezession) group and was its first president.

If we want to mold the style of Gustav Klimt, we can call it a mixture of Art nouveau and symbolism. Different color mixes, nice ornaments, and decorative lines are indispensable elements of his art.

The world-renowned and admired painting of the painter, who lost his life as a result of a brain hemorrhage, is his painting named The Kiss.

In this painting, we witness the kissing of a couple, who are obviously passionately connected to each other in almost uncertainty outside of the moment and the place.

Lines and decorative ornaments that Gustav Klimt cannot give up are in the foreground in the painting. The painter who wants to show the different worlds of men and women; while portraying the woman as decorated and inviting like a spring day in flowers, he chose to portray it with more angular and geometric lines for the male. The more soft and fragile the woman is portrayed, the harder and clearer the man is.

The Young Ladies of Avignon, 1907 by Pablo Picasso | 6 Of The Most Amazing Paintings

The only name we can define as the artist with the widest vision of the 20th century is Pablo Picasso.

Pablo Picasso, who was a painter, mosaic artist, and sculptor, carried his painting talent from his father to a high level and left the painting to his father. In 1895, he was accepted to the Barcelona Academy of Art. He gave his first works in Paris, where he went in 1900. Along with urban life, he made painting works on clowns and acrobats.

After his phase known as the blue period, the Cubism movement within Picasso was also sprouted when he saw the retrospective* of Cezanne in Paris in 1906 and met with primitive art in Paris.

Thanks to cubism, he made three-dimensional objects two-dimensional, allowing us to see them both from the front and from the profile.

One of his most striking paintings, The Young Ladies of Avignon symbolizes the beginning of cubism and modern art. All the rules of representation of the human face have been broken with this work. Pablo Picasso has shown that portraits can be painted outside of general rules. The work, in which the symmetry of the face is ignored, carries traces of archaic and primitive art.

*Retrospective: A retrospective, generally, is a look back at events that took place, or works that were produced, in the past. As a noun, retrospective has specific meanings in medicine, software development, popular culture, and the arts. It is applied as an adjective, synonymous with the term retroactive, to laws, standards, and awards. 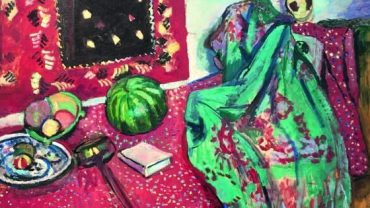